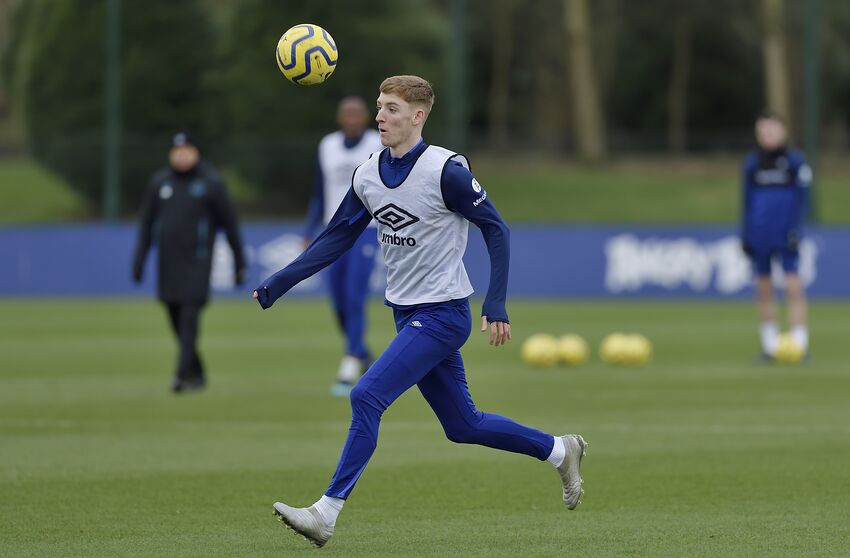 Bayern Munich is reportedly interested in signing an academy graduate from Everton.

In the last two transfer windows, Bayern Munich has been aggressive in terms of signing players for the youth academy. The Bundesliga champions are focussing on adding the best young talent to the reserves squad that will go on to become members of the senior team.

The German champions may go back to England to sign an exciting teen prospect. According to The Athletic (via Dailypost), Bayern Munich is targetting a move for Everton’s Anthony Gordon. This report also insists that numerous clubs have shown interest in the 18-year-old attacking midfielder.

Gordon primarily operates as a number ten, but he can also play on the left flank. He made his debut for the first team in the League Cup during the 2017/18 season. Since then, he is yet to feature for the first team but remains a pivotal part of the U23s squad. He has managed to contribute to ten goals across all competitions at the youth level this season. (Stats courtesy: Transfermarkt)

Bayern Munich may have to pay a fairly high fee for Gordon as he recently extended his contract at Everton. His current deal is set to expire in 2023. Moreover, the chances of playing in Everton’s first team are more realistic for Gordon than to find a breakthrough at Bayern. He may need a fair amount of convincing if Die Roten makes concrete attempts to sign him.

Die Roten have struggled to develop youth players in the past few seasons. Few young players have shown promise, but eventually, they fade away and leave the club. Signing top talents is a step in the right direction, but it is equally important that these young players get a decent amount of opportunities to prove themselves at the top level.

Joshua Zirkzee is the latest player that has impressed for the first team. The Dutch forward made handy contributions in December that helped Rekordmeister to stay in the title race. It will be interesting to see how the club manages him in the second half of the season.

Next: Five defenders Bayern Munich should target in January

After officially joining Bayern’s board, Oliver Kahn admitted that he wants to see more young players in the first team. Hence, I am expecting Bayern to be very active in signing top talents such as Gordon from different parts of the globe in the next few transfer windows.