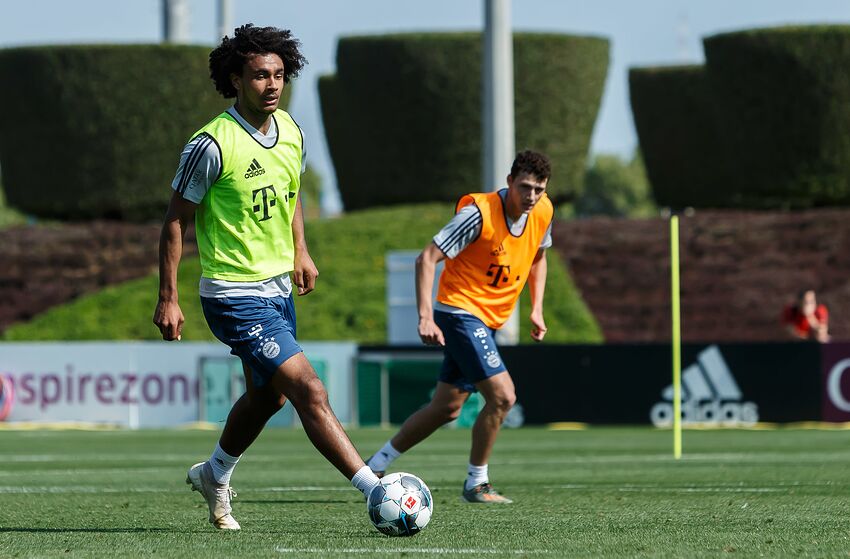 After a blistering start to his senior career, Joshua Zirkzee is eager to fulfill his potential at Bayern Munich.

Bayern Munich ended 2019 on a positive note by clinching three consecutive victories in the Bundesliga. They delivered a complete performance against Werder Bremen while the wins against Freiburg and Wolfsburg were hard-fought ones.

The hero for Die Roten in the wins against Freiburg and Wolfsburg was Joshua Zirkzee. He announced himself at the senior level by scoring a late winner away at Freiburg. The 18-year-old once again made immediate impact three days later by breaking the deadlock against Wolfsburg at Allianz Arena.

These two impressive cameos are likely to make sure that Zirkzee remains around the first team till the end of this campaign. He has been impressive for reserves and been backed by former players to become a top player for Bayern Munich.

Zirkzee meanwhile is keeping his feet on the ground and working hard to achieve the ultimate target of becoming Die Roten’s number nine. Speaking to Voetbal International (via Bundesliga.com), Zirkzee insisted that he wants to lead the attack for Die Roten in the future. He is also trying to absorb a lot of things from Robert Lewandowski during training sessions.

“I want to become the striker at Bayern – that’s always been my objective.”

“His movement from crosses or how he moves between the lines. His timing, how he shields the ball, his sprints towards goal – I’m taking in everything Lewandowski does.”

Zirkzee is likely to get more chances in the first team due to injuries to Serge Gnabry and Kingsley Coman. The teenage striker will be hoping to get more minutes on the pitch rather than just ten-minute cameos when the team is chasing games.

Bayern needs to make sure that they don’t hinder Zirkzee’s development by overplaying or underplaying him. They have struggled to integrate young players in the first for the last few years, so it is necessary that they handle Zirkzee carefully. In Hansi Flick, he has got the right coach to play under as the German manager is not afraid of giving chances to young players.

Apart from Zirkzee, there are few other talented young players in Bayern’s reserves squad. Sarpreet Singh and Leon Dajaku have also made their debuts under Flick in December. Singh was also part of the squad during their pre-season tour, and Niko Kovac was thoroughly impressed with his performances.

Next: Should Bayern Munich sign Barcelona star in summer?

Bayern Munich will resume Bundesliga action on Sunday as they travel away to Hertha Berlin. The team didn’t have an ideal winter training camp, as many players were in the physio room. They even lost the friendly game against FC Nurnberg last Saturday. Hansi Flick will be hoping that young players, such as Zirkzee, will continue to show their worth in the absence of star forwards.